The Debut full length album by Fellahin Fall. Follow Tar a-Kan as crawls through his existence. This post-human struggle will leave you in existential angst.

The EP that started the journey. Fellahin Fall's self-titled freshman effort. Full of gothic doom and industrial elements that surround the soundscape.

Fellahin Fall is a gothic-industrial metal band born out of the crushing urbana of Brooklyn, New York. Atavistic yet post-human, Fellahin Fall tells tales of an atomized man's yearned escape from the Metropolis. Their debut full length album, 'Tar a-Kan', is narrated by a man in the near future who is ravaged by the change in time, technology, and himself. Tar a-Kan struggles to come to terms with his ever changing state and the crushing urbana that surrounds him. The band features songwriter Nodar Khutortsov, Patrick Reilly of Tengger Cavalry, drummer Eugene Bell and rhythm guitarist Raphael Pinsker of Fin’amor, and bassist Mark Morrill. Metal Sucks has called the opening track of Tar a-Kan, "A Fading Whisper", "billowing music with anguished, rotund vocals and haunting hooks to create something that’s sure to burrow under your skin. Seriously: you’re not gonna be able to shake this one off easily, and if you’re hair isn’t already jet black, it will be by the time this track is done. Don’t say we didn’t warn you." 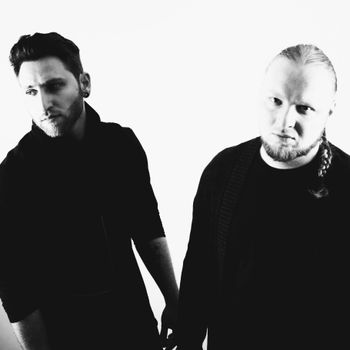 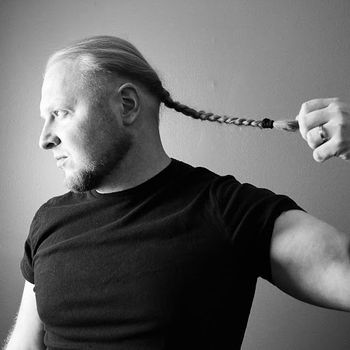 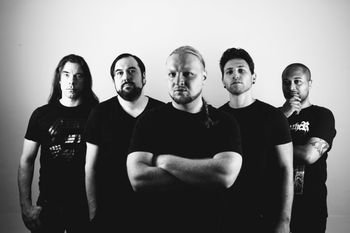 The KVLT design of our EP. Currently not available for international buyers!

T-shirt of our logo. Currently not available for international buyers!

Help us out to keep making music!

Enter the amount you wish to donate

Go to the music!